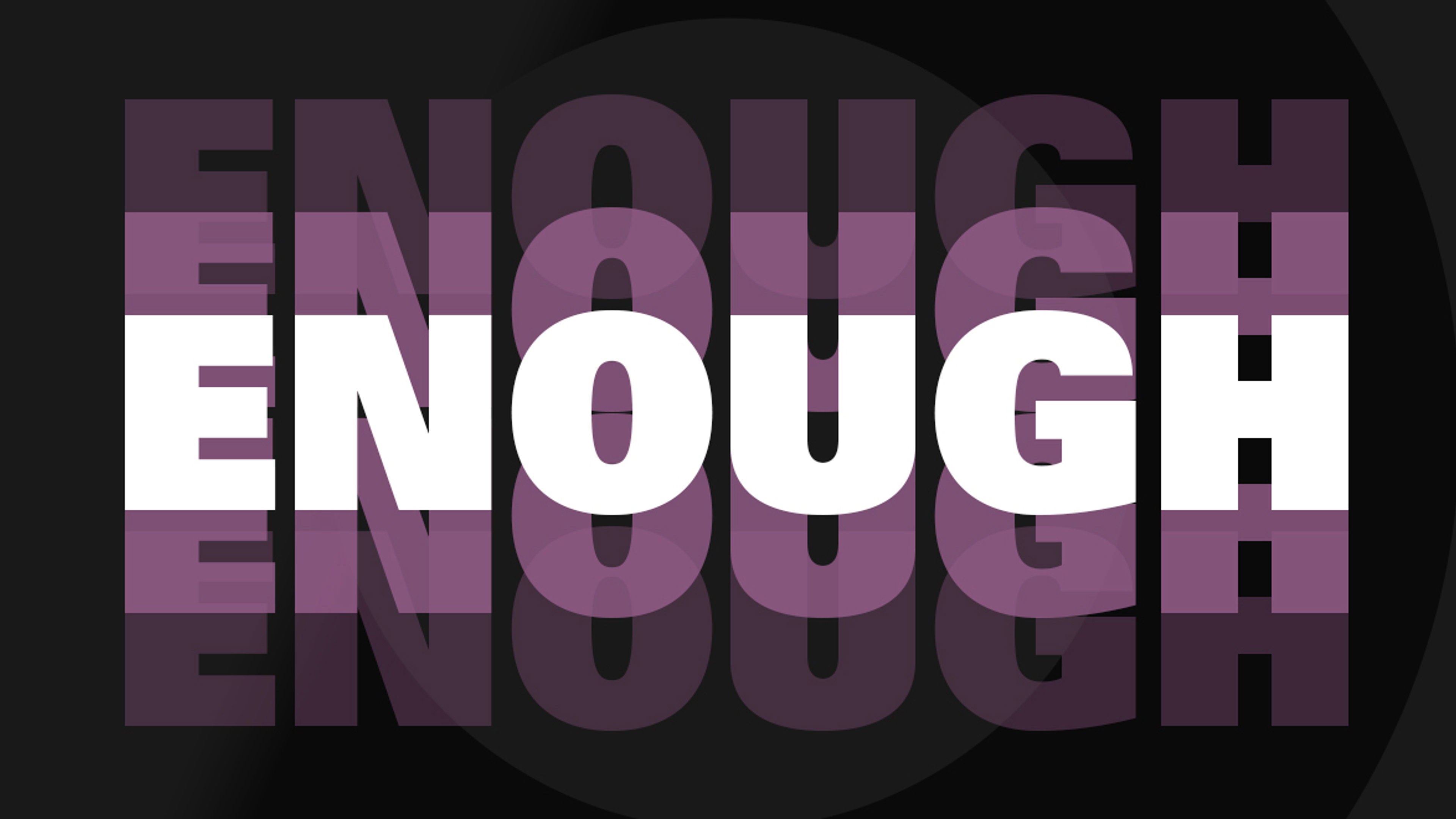 When is enough, enough?

Reach, engagement and conversions are often the key metrics used when setting objectives and measuring the success of online marketing campaigns. But one factor that is commonly overlooked during the planning process is frequency, by which we mean the number of times a user is exposed to your ad. This can have a significant impact on response and performance and without giving it proper consideration, you could be wasting a huge part of your marketing budget.

The question you need to be asking yourself at the planning stage of your campaign is ‘will there come a point at which delivering the same ad to the same people will start to have diminishing returns?’

The short answer is yes. But figuring out exactly where that point is, requires a little more consideration.

What is the magic number?

You may well be familiar with the old-school ‘marketing rule of seven’- the widely accepted adage that a potential consumer needs to be exposed to an advertiser’s message an average of seven times before making a purchase. However, in today’s digital world where social media has transformed the way people consume news, advertisers often need to shout a little louder to be heard above all the noise.

Obviously, the elusive ‘magic number’ is dependent on a range of factors. For example, a higher frequency of exposure will usually be necessary to establish recognition for a new brand compared to a well-established one. Similarly, a previous customer may only need to see a message once to buy a product, whilst it might take several exposures to convince someone who has never made a purchase. Of course, other factors will also come into play; the quality of your creative, the nature of your product offering, the landscape of your competition…

Unfortunately, there is no ‘one size fits all’ approach. However, a study released by Facebook, measuring the decline of audience responses in relation to repeated exposure to advertising messages has provided some useful insights for marketers.

Facebook analysed results from Brand Lift Campaigns to measure the relationship between frequency of ad exposure, brand recall and purchase intent. Whilst the data confirmed that higher exposure produced better results, it also revealed that there was a point where the impact plateaued. Interestingly it showed that the plateau was reached much sooner when it came to product recall than purchase intent. In other words, people need to see your ad more times if you want them to actually buy something.

So, what is the magic number? According to Facebook’s results below, the optimal number of times someone should see your ad in order to drive brand awareness is 1.5 times per week. Similarly, if you want your ad to drive purchase intent someone would need to see it an average of twice per week. 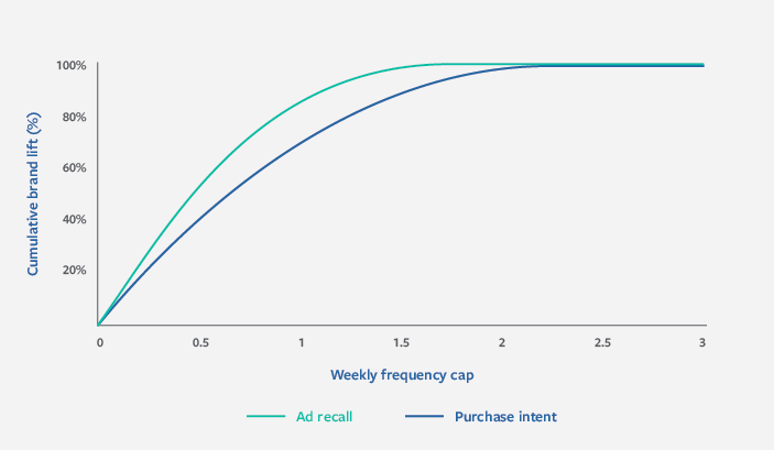 Importantly for those of us operating on a limited budget (and let’s face it, who isn’t these days), what the chart above also shows is that despite 1.5 times per week being the ‘optimum’ frequency to drive the maximum brand awareness expected from a campaign, you could also reach 80% of that figure with just one exposure per week. What that means is, you could pay 33% less on ads by using a weekly frequency cap of 1 but only lose 20% of your brand impact. Furthermore, by using a frequency cap of 1.5 you could achieve 90% of the maximum buying intent and save 25% of your budget.

What other factors do you need to consider?

One important aspect that Facebook’s study failed to consider is campaign length. In our experience, we would usually recommend a promotional period of between 4-8 weeks to generate optimal results from an ad campaign (depending on objectives). However, it stands to reason that if you wish to run a campaign over a shorter period of time (for example to promote a flash sale or event), a higher ad frequency would be needed to generate any meaningful engagement from your audience.

Similarly, higher frequencies of exposure tend to be required if your brand is new, has a low share of voice, or your product isn’t very unique. In addition, we generally boost ad frequency around key seasonal peaks like Christmas to cut through the noise of social feeds flooded with advertising messages.

Another factor not taken into account in the data above is the quality of the advert creative. Obviously the better your creative, the more chance you’ll have of driving brand awareness and engagement from your audience. A separate study conducted by Facebook earlier this year revealed that not only is the plateau for advert saturation reached much earlier for ads with poor creative, but that high-quality ads were around 15% more likely to trigger consumer purchase intent.

What does this mean for marketers?

The right frequency of ads for your brand will vary from campaign to campaign. However, whilst the numbers in Facebook’s studies might not translate for you, what they do demonstrate is the importance of focusing on frequency when it comes to planning if you want to get the maximum impact from your budget.

Split-testing and audience segmentation should form a key part of that process. The right frequency and creative for your campaign will vary according to a whole host of factors and the best response is often to serve several variations of your campaign to different audiences. So, the more data you can gather about their behaviours and interests the better.

Get in touch if you need help figuring out when enough is enough and how to get the most from of your brand campaigns.